I know, it looks like one. But no, this isn't Peyote, although it's sometimes called "False Peyote". In fact, it used to be called a type of L. williamsii, but we now know that it's quite different. It doesn't exhibit the same hallucinogenic properties and it's probably the smallest of the Lophophora genera. The variety is distinguished by a darker green color. 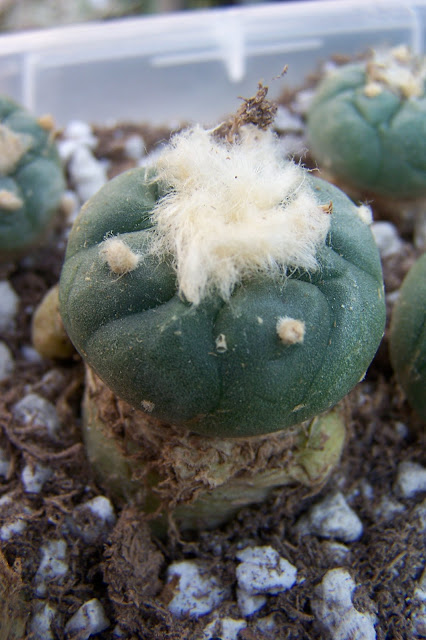 Since it's not a narcotic and isn't specifically mentioned in the federal law (according to my information), it's probably legal to own in most locations, depending on state and local laws. Some state statutes are more strict than federal restrictions.
Personally, I think it's time to re-think some of these laws. The "War on Drugs" is clearly a war that was lost some time ago.
Posted by Unknown at 11:45 PM