I don't really know why more people don't have this wonderful old plant. It's a night-blooming, scented, small plant which, after all these years, we still make sure to stay up to see it's bloom. Not large, but impressive for such a small plant. And I still like the old name: Setiechinopsis mirabilis. Kinda just rolls off the tongue. 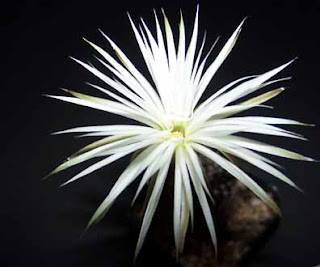 Posted by Unknown at 7:35 AM No comments:

Another plant that's flowering its head off - so to speak - is Eriocyse senilis (syn. Neoporteria senilis). The flowers weren't quite open when I took this photo, but I'll try to remember to catch it when it's wide open, because that's even more striking. You'll see what I mean when I post it.

This particular plant is an older specimen we've had for many years, but they flower when quite young. 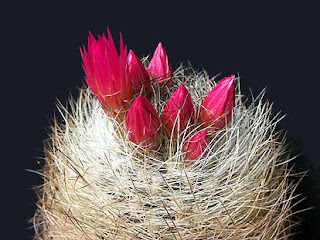 We grew up knowing this as Neoporteria gerocephala, which turned out to be an illegitimate name. Since 1994 it has been placed in Eriocyse as a result of Fred Kattermann's field work. There are three subspecies recognized, of which this is subspecies senilis.

It's a bit prone to root rot so it needs excellent drainage (doesn't everything succulent???) and judicious watering.
Posted by Unknown at 7:59 AM No comments:

Even during the winter, there are periodic surprises in the greenhouses. But at this time of year...wow! A surprise just about every hour! Many of the cacti are budding up and flowering and the dormant caudiciform plants are leafing out. And the Lithops are finishing out their winter growth spurt as the old leaves shrivel up and the new leaves plump up. Never a dull moment. 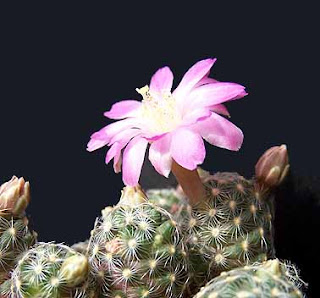 This is a closeup of Mammillaria saboae, a small growing plant with relatively large flowers.
Posted by Unknown at 9:21 PM 1 comment:

Another plant from our personal collection, a plant that's not at all common in collections. Also often listed as Gymnocactus ysabelae. 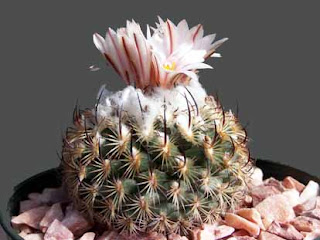 The same plant from a different view: 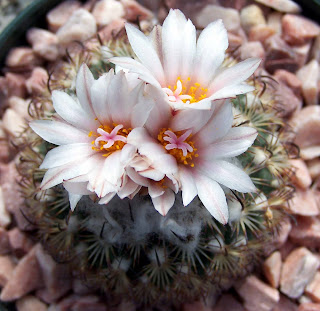 Some more photos for your enjoyment

Been out of it a bit lately, so I'll try to make up for it by posting a few photos from the greenhouses. First is a photo of an old specimen of Mammillaria schwarzii. 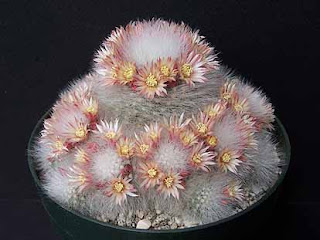