Cyclists have long revered Portland for its bicycle-friendly culture and infrastructure, including the network of bike lanes that the city began planning in the early 1970s. Now, riders are helping the city build a cycling economy.

So writes William Yardley in The New York Times today. Portland's reputation as a bike friendly city continues to grow. All of which plays into what appears to me to be the amazing success of The Little Red Bike Cafe down the street from us. Ali and Evan are doing a fantastic job and are a great addition to our community. 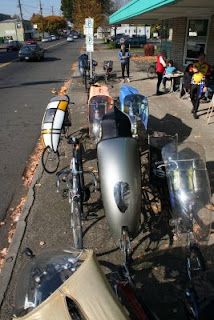 ...and Ali even likes succulents like Agaves....
Posted by Unknown at 6:26 PM